Since my passion for cycling was reignited back in 2017 through e-bikes, I’ve covered over 22000 miles on regular bikes. In this article, I’m going to be sharing with you my DIY gravel bike build based on the excellent Merlin Malt G2X frameset. I’m a big fan of gravel bikes and love the comfort and versatility they offer.

This build may be of interest to those of you thinking of building a DIY gravel e-bike as the Malt G2X frameset would make a particularly good donor frame for the Tongsheng or Bafang mid-drive motor conversion kits. 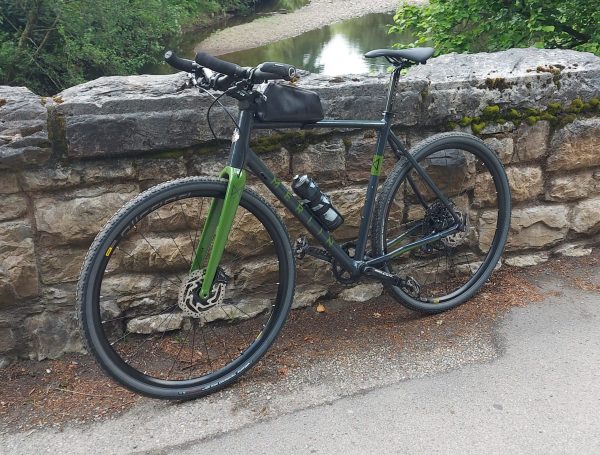 Why gravel bikes are great

Like a lot of obsessive cyclists, I probably own too many bikes! At the time of writing, I’ve got a couple of e-bikes that hardly get ridden. Plus, I have two flat bar road bikes (one for bad weather riding) and a hybrid. The point of me building the gravel bike is to consolidate the hybrid and one of the road bikes.

What really sparked my interest in gravel bikes was testing the Ribble CGR AL e. I really liked the versatility of a bike that was equally at home on smooth tarmac as it was on rough country lanes and moorland gravel tracks.

Gravel bikes should be equally at home on multiple surfaces, so I wanted a bike that wasn’t too heavy, was comfortable and had a good spread of gears. A 1 x drivetrain was a must and I’d even considered the possibility of electronic shifting.

My initial plans were to get a lightweight carbon frameset, then I toyed with the idea of high-end steel like Reynolds 853. I eventually settled on a good quality 6061 alloy frame with full carbon fork – this left me with enough budget to splash out on some decent components. 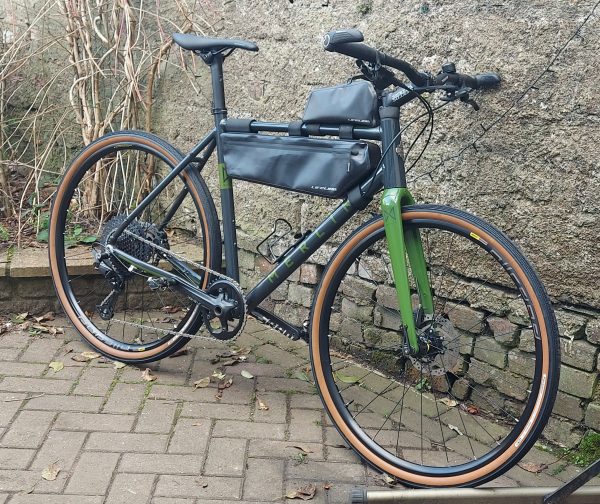 Frameset: I had looked at the Ribble gravel framesets, but availability wasn’t great at the time. I had also considered the Sonder Camino AL, I eventually settled on the Merlin Malt G2X and luckily I found a used one on eBay in my size. I ended up saving over £200 on the cost of a new frameset.

There are a few cons to fitting a flat bar and this really depends on personal choice. How does it perform?

At the time of writing I’ve covered just over 1000 miles on the Merlin G2X build. So far, it’s been flawless in every aspect. It does everything I originally wanted and is great fun off road. I haven’t had any tyre issues and the Shimano Deore drivetrain has performed perfectly.

The total weight of the build is 10.2kg which is a respectable weight for a gravel bike of this type. The Mavic Allroad wheels have remained true, despite a few challenging rides over Dartmoor.

It is a true ‘do it all’ bike in every sense of the word. It rides well on tarmac and is quite happy to take off-road short cuts. Plus, the bigger tyres really do take the sting out of pot holes and poor road surfaces.

Although it doesn’t feel quite as quick as my Genesis out on the road, I doesn’t hang about when the chips are down! I’ve tackled the challenging Dartmeet climb on Dartmoor and the extra low gearing really helped.

Below I’ve broken down the total cost, and I think you’ll be surprised at how cheap it was. I did already have some of the parts knocking about and the frameset was purchased used from eBay.

Total cost of the build: £862.93 – Including the cost of the parts I already had. If I purchased a new frameset then it would have come in at just over a grand – not bad at all for the spec! Conclusion – is it worth building a DIY gravel bike?

When you buy an off-the-peg bike, there’s nearly always things you want to change after a while and this can get very costly over time. Building your own gravel bike is a very rewarding experience, and it can be cost effective, as you will be building the bike using the components you want from the outset.

At the time of writing, I’ve covered just over 1000 miles on my gravel bike and I love it to bits! It’s so versatile – it is equally happy on long distance rides on country lanes, through to gravel riding on Dartmoor and even mountain bike trails like the Beast of Bodmin at Cardinham woods.

You don’t need to be an expert bike mechanic to build your own gravel bike, but it does help if you’re comfortable with mechanical tasks. This isn’t the first bike I’ve built and it definitely won’t be the last!

As this is primarily an e-bike blog, I thought I’d include this build as it would make a great basis for a DIY gravel e-bike – this frame is particularly suitable for either the Bafang or Tongsheng mid-drive motors, although it wouldn’t be suitable for a hub motor as it has thru-axles.

I hope you’ve found this article useful and it’s inspired you to go ahead and build your own bike. Please feel free to leave a comment in the section below.